Hating on your post-baby body? Try these 5 tips

Since that moment, I’ve found it really hard to like my post-baby body and its squishier tummy, new stretch marks, pink scar, bigger feet, wider back and changing boobs. But while I might not like it some days, I still choose to respect it (it’s one of the 30 things I’ve learnt since having a baby, which you can read about in this blog post).

Becoming a mother has also come with letting go of the version of myself I used to be. Anthropologists call it matrescence – aka the birth of a mother where your entire identity shifts. The transition is as formative as say your awkward angsty teenage years but given way less attention.

I’ve had to mourn the loss of the fun, carefree, cool, maybe even sometimes sexy me, left in its place with a woman who often feels invisible and chooses clothes based on speed-to-nipple access (hello feeding time).

And like millions of women before me and even as someone who preaches body acceptance for a career, I’ve had to wrestle with the temptation for a quick fix. But like most things in parenthood, there are no shortcuts when it comes to post-partum body acceptance (my blog post Your post-baby body is BS and not for the reason you think has a lot to say here.)

If this resonates with you, these five things have helped me rebuild my positive body image as a mother. I hope they can do the same for you.

It’s going to take months to feel like your old self again, or maybe you’ll never be your old self. Give yourself permission to grieve what you’ve lost and show gratitude for what you’ve found in your new life. But unwearable relics of your old life won’t do you any good. For me, I realised I don’t need 27 pretty party dresses that won’t zip closed now, but instead practical pieces – like jeans, tees and lots of activewear. You need to feel good, to look good and clothes that fit now are key to that, so buy some pieces post-partum.

Be mindful of social media

Ugh. Welcome to the cruel Insta comparison sub-set of perfect parents. Now, not only do you need to look amazing but you also will start questioning if you’re a good enough parent. Even though you’re likely using your phone as a feeding companion and spending more time on it than ever, resist the urge to follow accounts that make you feel crappy. Maybe download an audiobook to keep you entertained for those hours of nursing.

One of my favourite past times is sitting my post-baby body in the bath with the deliciously juicy Leo (at what point do we decide rolls aren’t okay anymore?). I don’t feel the need to pull in my stomach or cover my bits, which is incredibly liberating. It’s not very often you can be fully naked in front of another being who sees you with nothing but love, so relish this time.

I move my body every day because it helps me feel better and lifts my mood. Granted there are plenty of days when I’d prefer to sit on the couch still in my pyjamas, I’ve made it a habit that I don’t have to think about. Where you can, carve out enjoyable exercise – even if it’s with the baby strapped to you and a podcast playing in your ears – or solo. Plus, with Leo starting on solids, I’m keen to role model a healthy relationship with food and his body, because I want all those things for him. In other words, being healthy without dieting, which is what my Back to Basics app is all about.

At university, my friendship group made a decision that we weren’t going to talk about weight. Wouldn’t it be amazing if your mother’s group or support network did the same thing, too? Instead of feeling the need to compliment a mum’s weight loss or post-baby body, instead focus on how she’s doing a great job raising a tiny dictator, ahem, I mean human. Keeping it Real with Rebecca Gawthorne from Nourish Naturally 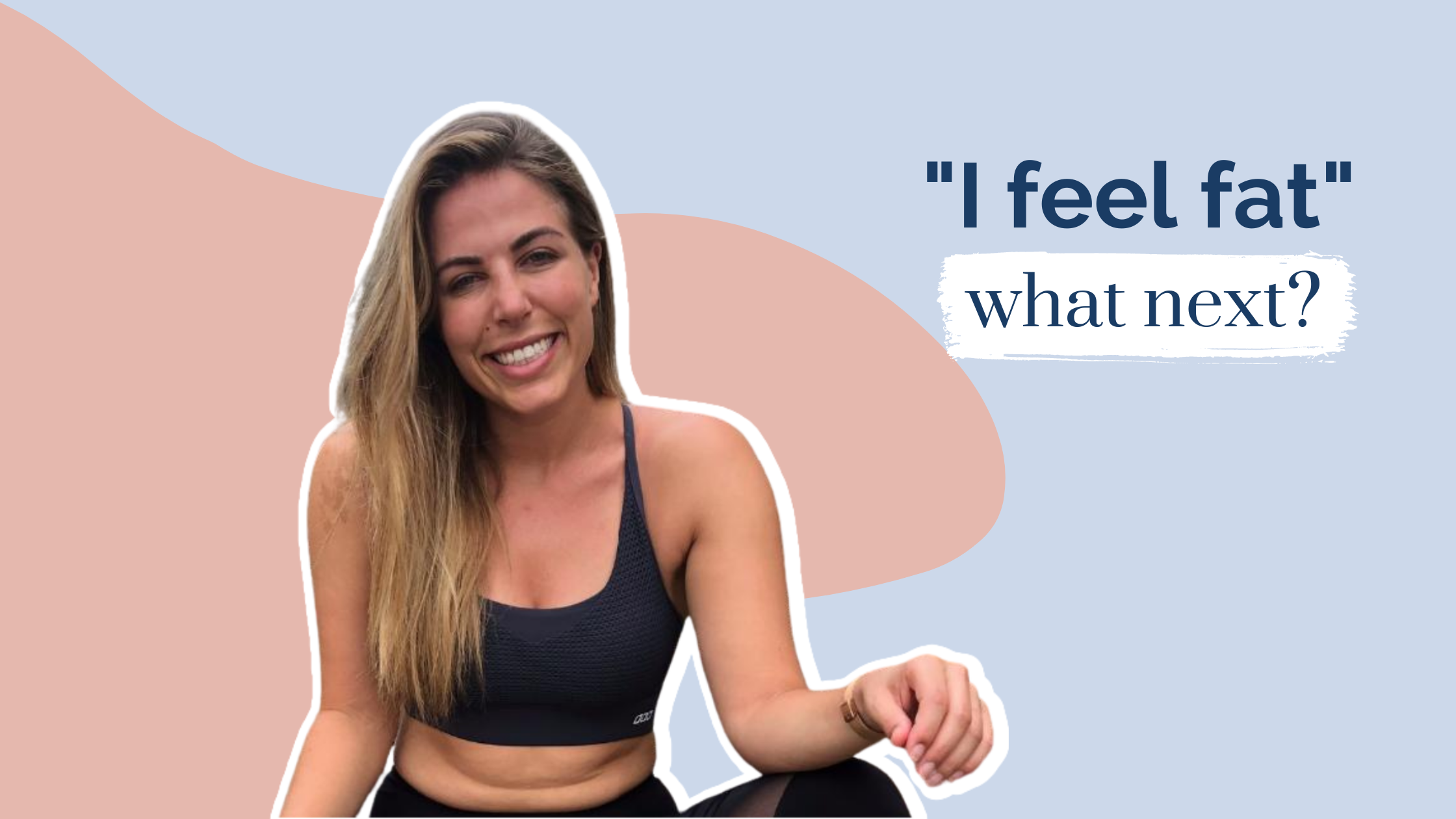 "I feel fat": What to do when you're feeling fat