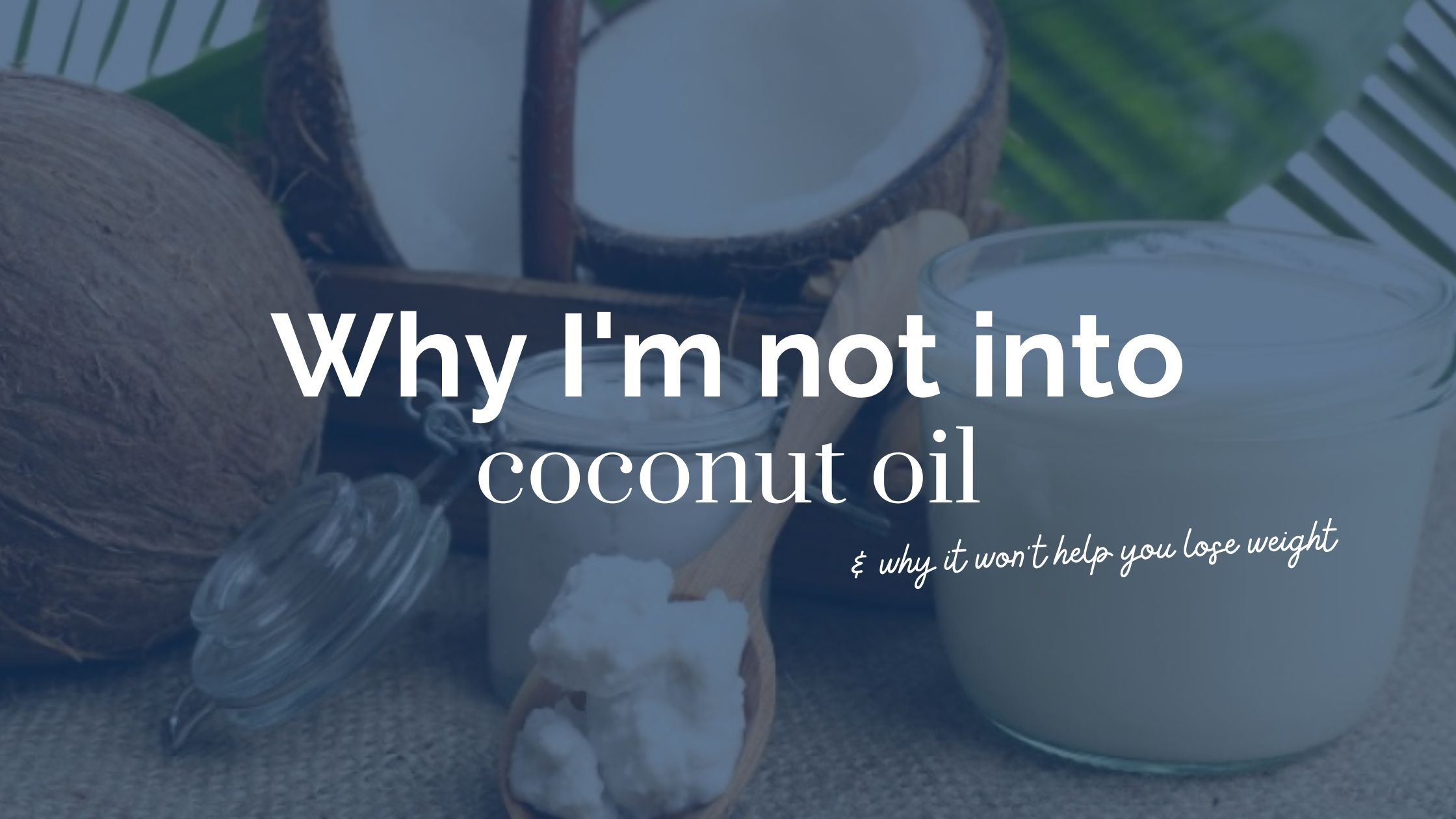 Why I don’t use coconut oil

Coconut oil is very trendy at the moment. But like 80’s fashion taught us, just because something is fashionable, doesn’t mean it’s a good idea.

Personally? I do not cook with coconut oil and I try not to eat it often.

This might surprise you. And I don’t blame you…

Every day you hear health experts and bloggers saying coconut oil is a miracle superfood that can:

But I’ve gotta keep it real with you.

While coconut oil may be good to use on your skin or hair,

A lot of the superfood health claims about coconut oil aren’t backed up by evidence.

Let’s work through the claims…

Short answer: No, there is no evidence that coconut oil helps you lose weight.

There is some evidence that MCT oil can help with weight loss. But MCT oil and coconut oil are not same things and research shows coconut oil does not have the same thermogenic effect as MCT oil.

(The MCT dose needed to support weight loss has been shown to cause side effects like nausea and diarrhoea. Not ideal!) 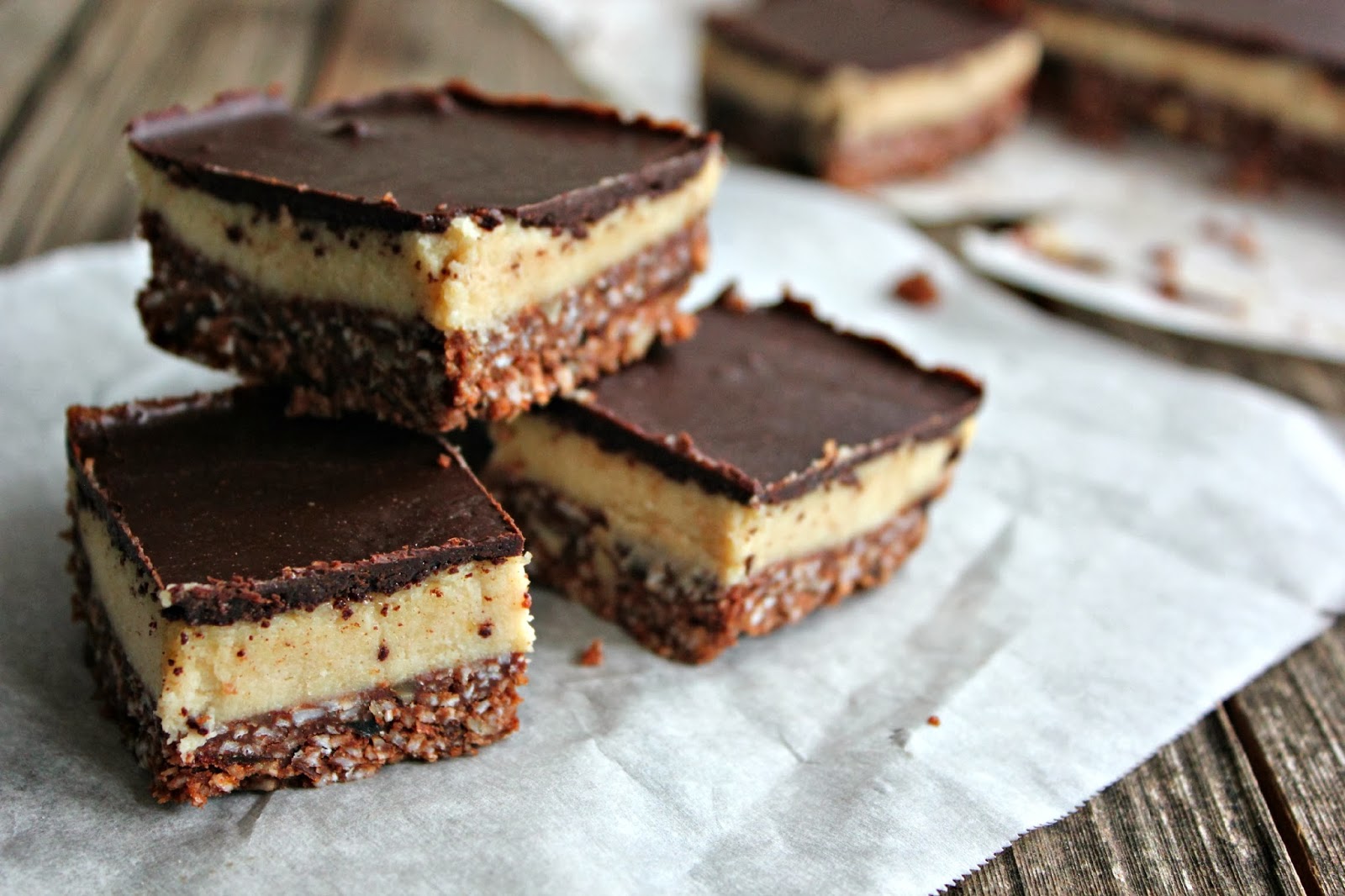 Does coconut oil reduce your risk of heart disease?

There is some evidence that coconut oil increases LDL (bad) cholesterol less than butter. That’s not so great. But it also seems to raise HDL (good) cholesterol. This is good. 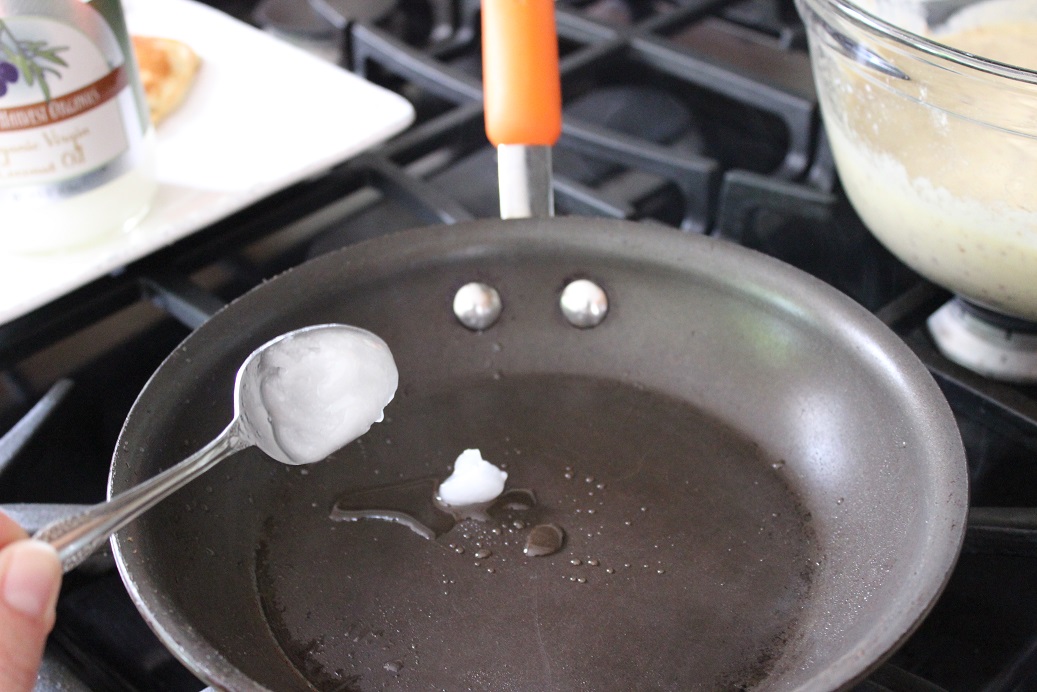 Short answer: No. Coconut oil does not reduce cravings.

A study looked into this and found that coconut oil did not help with satiety, fullness or satisfaction. But eating fat can be filling so maybe this is where the hypothesis comes from?

“Oil pulling” is the process of swishing oil in your mouth for 10-30mins. It’s an ancient Ayurvedic practice in India that’s supposed to help draw out toxins. Apparently, if you feel sick afterwards, it’s proof that it’s working.

But as far as scientific literature goes, there is no evidence that it works. Please keep brushing and flossing regularly. 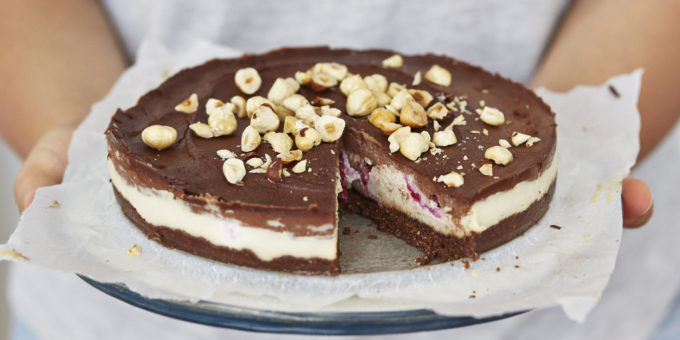 Which oil do I use for cooking?

Occasionally, I’ll use coconut oil if I’m making a cold dessert because it’s solid at room temperature. I’ll eat it about once a fortnight or month at the moment until more research emerges backing it up. 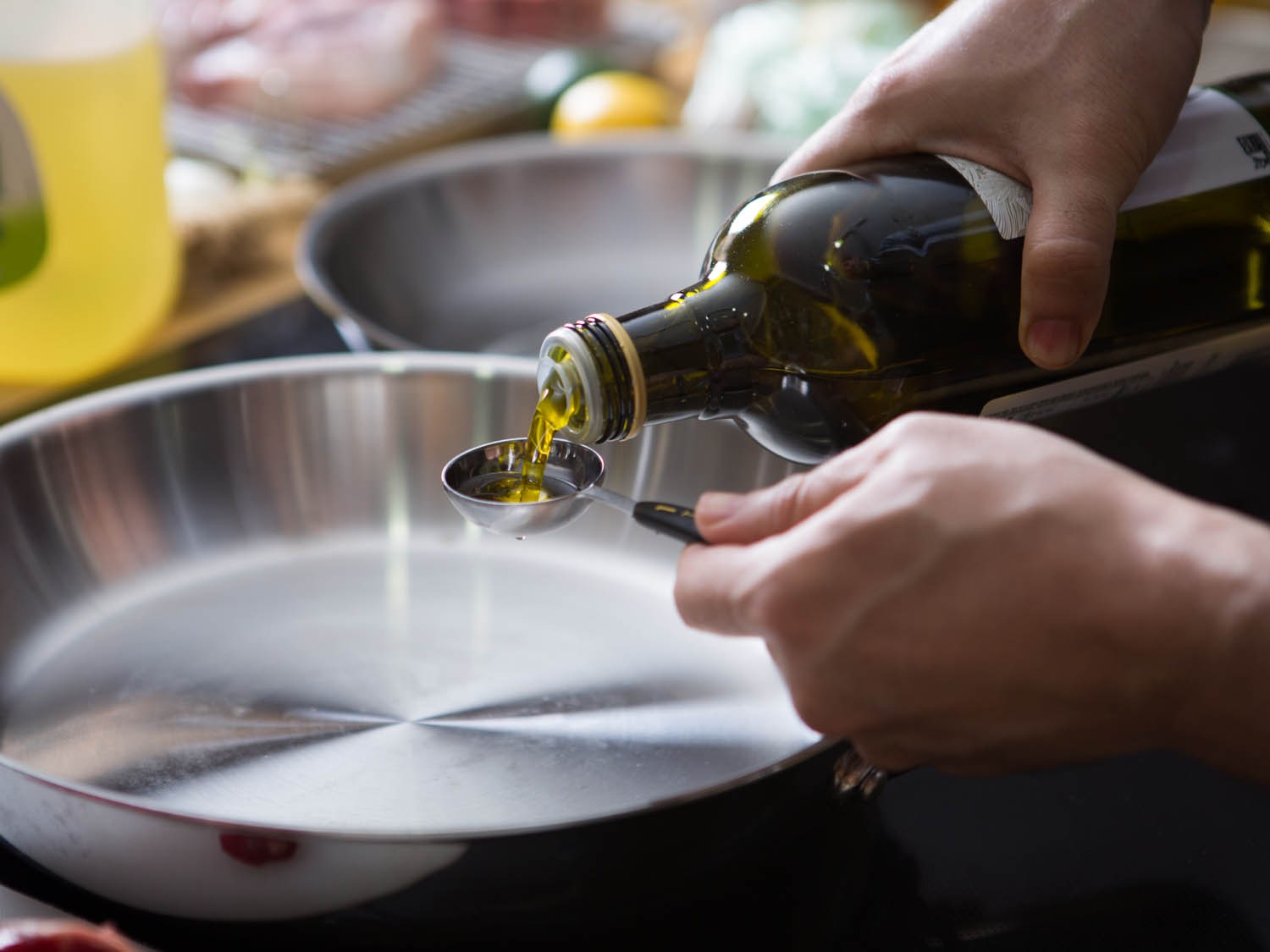 How much fat should you eat?

The ‘all fat is bad for you’ era is done (thank goodness) but I don’t buy the current idea that we should “eat plenty of fat” and “all fat is good for you”.

I believe in eating in moderation. So I choose to include a bit of healthy fat in almost every meal, mostly from plants like avocado, nuts and seeds (including tahini and nut butter), extra virgin olive oil and oily fish like salmon. 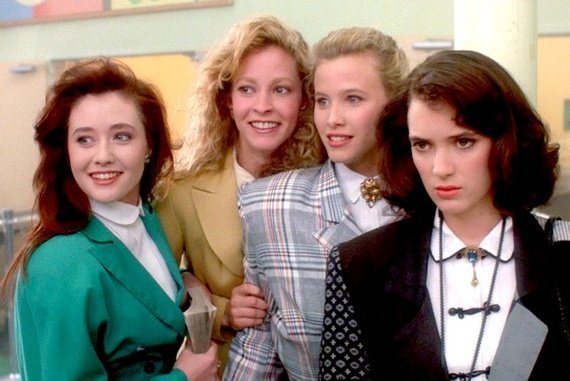 Thank you to Rosemary Stanton for writing this article and being an all-around great dietitian (and someone I look up to). Keeping It Real with Nadia Felsch from Wholefood Society What happens to your body when you stop drinking alcohol Meal Prep May Be Sabotaging Your Diet.